A downloadable game for Windows, macOS, and Linux

You play as Miss Tetrine Reish. The Tarsian Flu has swept across the continent. You find yourself quarantined, stealing secret moments with your suitor, Marcus.

Your sociable roommate, Rosemary, is going out of her mind with boredom, and, to make matters worse, she doesn't think much of your boyfriend. He doesn't seem to take quarantine seriously, and he's also kind of secretive.

Meanwhile, you also play through the story from the perspective of the immortal demoness, Kalevel Venhera. She is desperate to find someone who possesses a special magical Sight.

When she meets Tetrine's brother, she thinks she's found the Seer who can help her, except...

...things don't turn out the way anyone expects.

In Winter's Trumpet, choices matter as you solve light inventory object puzzles in a fantasy world with an early modern (1920s) setting.

If you liked Winter's Trumpet, you may want to check out Tell a Demon, our visual novel with many unique endings, highly influenced by your choices and romanceable characters, or our in-the-works project, the Empress of Aeser, our first 2.5d adventure / visual novel hybrid!

The first game in this series is also available for free here.

In order to download this game you must purchase it at or above the minimum price of $1.99 USD. Your purchase comes with a Steam key. You will get access to the following files: 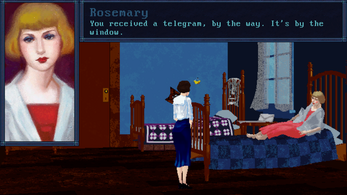 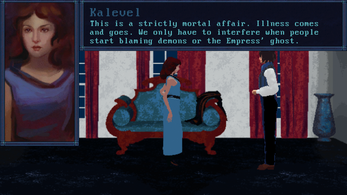 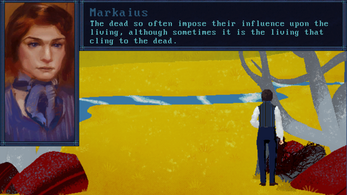 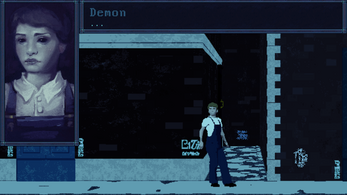